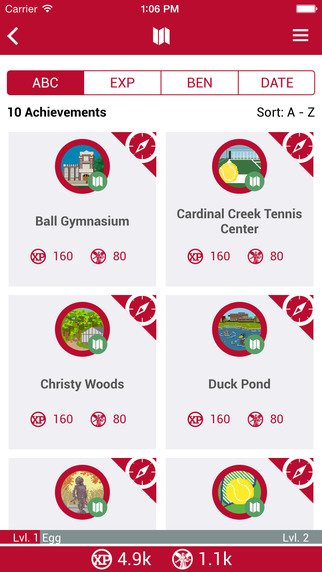 An article about how a “gamified” interface to campus life is supposed to help low-income students (can you tell I’m skeptical?).

Here’s what they do:

Here are their goals:

to make sure low-income students — many of whom are the first in their families to go to college — are aware of the dozens of opportunities on campus.

Here are my problems with this approach:

Last year, the average student won less than $100 worth of coffee and bookstore items, and the top earner nearly $200.

When the app officially debuted last fall after a pilot run in 2013, getting students to buy in wasn’t a problem, Mr. Huer says. About half of the Pell Grant population at Ball State eventually downloaded it. In fact, some students were too enthusiastic for the app’s original design. “There were a few students last year who went through every achievement in the first week,” Mr. Huer says.

I’d love to see some more detailed results. I don’t see 1/2 as a good number.

Don’t get me wrong, I am a huge fan of gamification, but THIS kind is exactly the sort of thing Ian Bogost complains about as being bullshit, and he’s right.

How an App Helps Low-Income Students by Turning College Life Into a Game – Wired Campus – Blogs – The Chronicle of Higher Education.